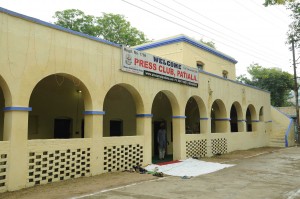 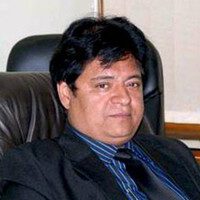 The Press Club Patiala, in Punjab State , is known as a fighter Press club , struggling for the rights of the media and the public in North India . The club comprises journalists and others in the media in the Patiala zone, as well as journalism educators, public relations and Marketing professionals, students, and members of the general public. Its mission is to foster journalism excellence and camaraderie. It has Approximately 200 members.

The Press Club Patiala was founded in 2006 in conjunction with the electronic, online and print media as a Professional and cultural platform for journalists working in the zone. The Press Club’s original objectives included encouraging the highest Standards of professional integrity and skill in the reporting of news; Helping educate a new generation of journalists; and contributing to Expanding the freedom and independence of the Fourth Estate.

The idea of setting up a Press Club emerged in 1993 at the residence of Late Vaid Gurbhajan Singh Sanyasi senior journalist in the city. Journalists were the lowest-paid white-collar employees those days, and they had to fight every inch of the way to get their due. In the beginning, then Activities of Press club Patiala were operated at Ragho Mazra at the Premises of Mr. Sanyasi. Mr. Sanyasi was  elected as President and Mr. Parveen Komal was elected as vice president by the members of the PCP. During the course of this struggle, Journalists found that most cities In India, journalist unions had founded press clubs and had set up there Own buildings. They decided that they should have one in Patiala too.

A delegation of journos led by Vaid Gurbhajan Singh Sanyasi, Dr. I S Chawla Correspondent Daily Ajeet , Mr.Parveen Komal Editor Right Action Group of Newspapers, Mr. Jagjeet Singh Dardi Chief Editor of Charhdikala Group, Mr. G.S. Manni Chief Editor of Daily Ranjit , Chaudhri Parbhjit Singh Chief Editor Shaheed-E-Azam weekly , approached Sardar Beant Singh, the then chief Minister of Punjab.  Chief Minister Sr. Beant Singh was a Forward-looking politician and he knew journalists from close quarters. He told the delegation that he had been impressed when he visited the Press Club of Delhi, and that he would help to secure a similar facility for journalists in Patiala zone. Mr. Surinder Kapur , the then Minister of Information & Public Relations Punjab  was another politician Who felt that  journalists ought to have a place they could call them own. He too offered a helping hand. After this setup work of Press Club Patiala was under Progress but after the assassination of Sardar Beant Singh the proceedings were halted.

Chief Minister Punjab Captain Amrinder Singh finally allotted Old RTI building at Baradari Garden near 20 no. Railway crossing  to the Press Club Patiala that used to be earlier occupied by Regional Transport Authority.  It was given a lick of pail paint and it had its own old world charm. With a face of the Press Club came to be christened  But with the perennial shortage of funds, the building remained till  a barrack with a partly enclosed lawn area at the back.

There were many journalists who contributed their mite in getting the Press Club Patiala started. Besides those mentioned earlier, there was Late Bhushan Sarhandi, Raju timirharan , J.S. Dhillo, Ramanjit Singh , Arwind Srivastva, Amarbir Singh Walia, Manjinder Singh, Gurjit Walia ,Mohan Lal,Harvinder Singh Kukoo, Kulwant Singh . There were other organizations such as the Distt. Electronic Media and press photographers association, the Patiala Print Media Association, Online Media Association,  who wanted the government to allot a premise for their use. However, the chief minister preferred to allot space for a non-sectional, non-denominational body of journalists, which would be used as a cultural center by members to mingle and relax.

In 2006 , then chief minister announced  the Club’s rent to a token one rupee and Secured the allotment of land by sealing a lease deed with the Club for 30 years. and Club invited Captain Amrinder singh  to lay the foundation stone for its proposed office at the Old RTA building. Securing the land where the Club and the conference hall stands today was a hard task and the founder members of the Press Club worked tirelessly to make it possible.

From 2006, members and committees dreamed of improving the Press Club premises and many a plan was made on the drawing board to build a modern clubhouse in the place of the old building .

It must be recorded here for posterity that the Press Club reconstruction has in every way been a collective project. It started with no funds and lots of opposition, but the overwhelming support of members and friends made a 20-year dream a reality. Office bearers, Managing Committee members as well as ordinary members pitched in to raise the funds, business reporters contacted bankers, and our political correspondents badgered sarkari babus to get us the necessary clearances.It is also necessary to mention here that Captain amrinder singh the then Chief Minister of Punjab had announced a grant of 50 Lakh Rs. For the development of the club in 2006 and he gives 25 Lakh Rs. in the account of Press Club Patiala for the development of Press Club but after the vidhan sabha election of 2007 , the then newly elected Akali Govt. Headed by Mr. Parkash Singh Badal and Mr. Sukhbir Singh Badal had forcibly taken back the grant of Press Club Patiala with illegal method due to their own political motives and due to their anti media policies.

The Architectural perspective for the new Clubhouse has been to make it Both classy as well as functional. The proposed Media Center, a first Among press clubs, has 20 workstations with flat-screens and modern Computers. As many as four sitting and recreation areas have been created to give a wide choice to members. The bar area offers a classic British Pub atmosphere, while the Lounge is a quiet getaway where Members can follow the news on the screen or read in peace. Similarly, the terrace and garden areas offer a green and natural ambiance to Members and their families.

The response after the Club opened has been huge. An increasing number of families have been frequenting the Club, the applications of new members has been overwhelming. Now we are awaiting a new pro media Government.